Clément
From Dubai to Paris in a GTI

Clément
From Dubai to Paris in a GTI

I am Clément, 24 years old, from France. Because of Covid and the bad situation that was happening in my country, I decided to move to Dubai in January 2021, with the purpose of finding a job.

I am Clément, 24 years old, from France. Because of Covid and the bad situation that was happening in my country, I decided to move to Dubai in January 2021, with the purpose of finding a job.

After 2 months, the French lady that was in charge of the hostel where I was staying, offered me to join the activity.

One year later, in January 2022, I undertook a journey to Saudi Arabia for 8 days with my car (BMW Z4). This is when the idea of driving more started to cross my mind. Of course, I would not do it with a Z4 but I was thinking that if I find a good car and I make sure that it's possible to cross all the borders, maybe I could join France by land.

When coming back to Dubai, I checked first if there was a way to do it, and I realized on Google Maps that there was a road.

I left this idea apart for some months as many of my friends told me that it was not a good idea.

In April 2022, I started to look for a flight to come back to my country as I was missing my friends and family. The idea of doing it by land crossed my mind again and after some days thinking, I decided that it could be an amazing experience. The process then started, I tried to get as much information as possible before leaving to be sure that I would not get too much trouble on my way.

Once done, I needed a car, I sold my BMW and started my research. As my budget was around 25k dirhams (, I didn't have so many options and I was a bit worried as it's not easy to buy a car in great condition for this price. But the morning of the 21st of April, I found an announcement of a guy selling his Golf GTI mk6 from 2012. I contacted him, met him, found out that the car was comfortable and had been perfectly maintained, so I bought it for AED 26k.

After being sure at the garage that the car was ready, I decided to leave Dubai with it, the 23th of April.

I took with me suitcases and mostly all my stuff from Dubai as my plan was to stay in France the whole summer, and I left alone. 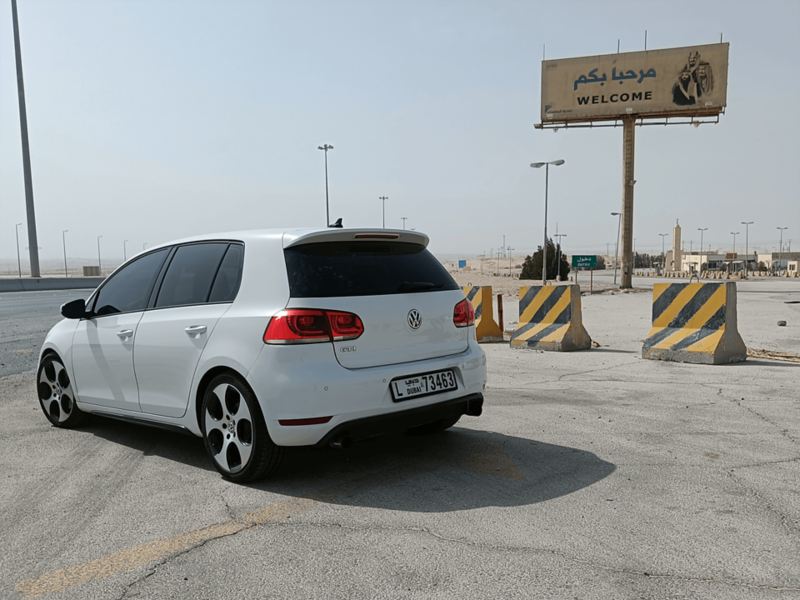 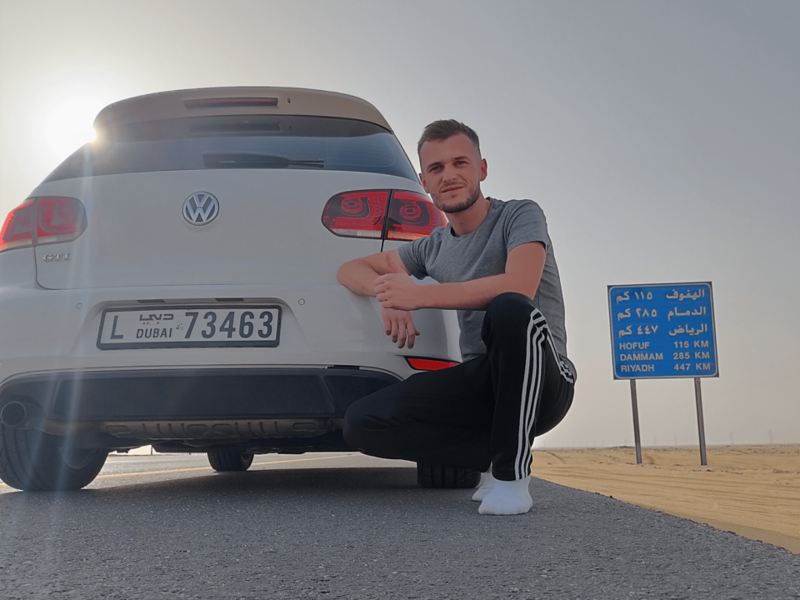 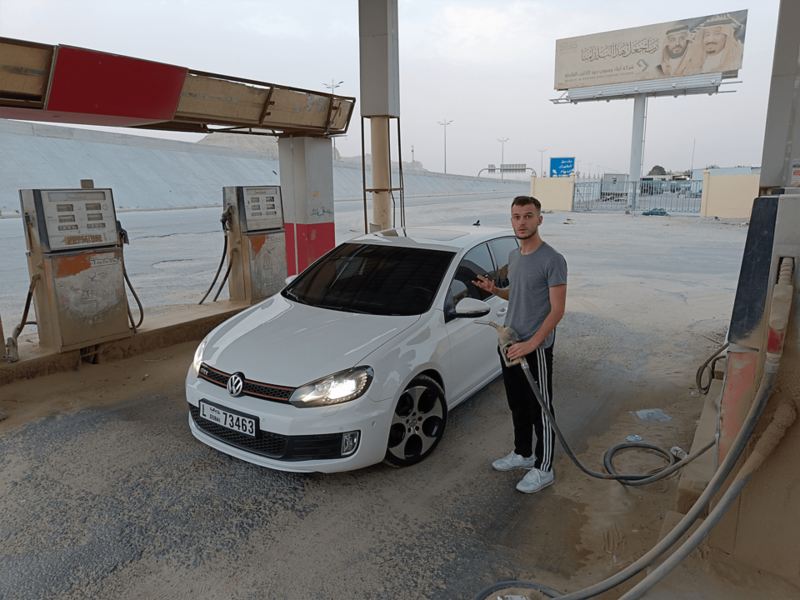 The first day was the one I drove the most : I joined Jubail, in Saudi Arabia (900km). Some friends that I met during my first trip were waiting for me there. I stayed with them for 2 days before going to Kuwait. Until then, I didn't face any issue, except that the weather was a bit sandy. I stopped in a garage in Kuwait city to make sure that everything was ok : I just needed some more engine oil. Then, I left Kuwait to go to Iraq.

I have been told that I would get a visa on arrival when reaching the border so I went there without any special document, except the Mulkiya, the insurance of the car and my passport. Unfortunately, they didn't allow me to cross the border, telling me that I needed a special authorization from the embassy of Iraq in Kuwait city, especially if I wanted to cross it with my car. So I drove back to the capital, went to the embassy and asked them for a visa. They told me that it's not easy to get, and that it would be much easier for me to join Iraq through Saudi Arabia. I opened Google Maps and realized that the closest border from Saudi Arabia to Iraq was 600km from where I was, but I had no choice. So I went back to Saudi Arabia.

After 300km driving, I stopped in a Mc Donald's to get wifi and met a local guy that asked me where I was going. After letting him know about my trip and my plan, he told me that I will have a very bad surprise at the border (Rafha) as it is closed. He told me that only one was open but it was 600km more from where I was. At the same moment, I received a message from a guy at the embassy in Kuwait where I was earlier, telling me that he could manage to get permission for me to go to Iraq. So I drove back again, entering Kuwait again, going to the embassy again. After hours of waiting, I had my visa.

Then, I joined the Iraqi border (where I tried to enter a few days before), and they let me cross. As you can imagine, it was not commun for them to see a French guy crossing this border, especially with a white golf GTI with a Dubai plate number. So I had to answer several questions before they let me in (it lasted around 8 hours).

Hopefully, I have an Iraqi friend of mine (Mohammed) that lives in Baghdad. I was calling him every time I was facing a hard or annoying situation. The first night, I slept in the place of a friend of Mohammed that lives in Basra, close to the border. The next day, I took my car to join my friend in Bagdhad. This is when electronic issues happened. During my way to the capital, all the signals illuminated, I couldn't see how fast I was driving... all the needles of the dashboard were at 0. Then, it came back to normal... So I thought that it was just a quick issue and that I didn't have to worry.

Unfortunately, after staying some days with Mohammed, I left for Mosul one night before to go to Turkey, and the electronic problems happened again. I couldn't start the car when I woke up. Calling Mohammed "Hi, do you know someone in Mosul by any chance that could help me?" ; "Yes", he said. And after some minutes, a guy who knows about cars (because i don't) came and he fixed my Golf telling me that it shouldn't happen again.

So I left Iraq, ready to go to Turkey. 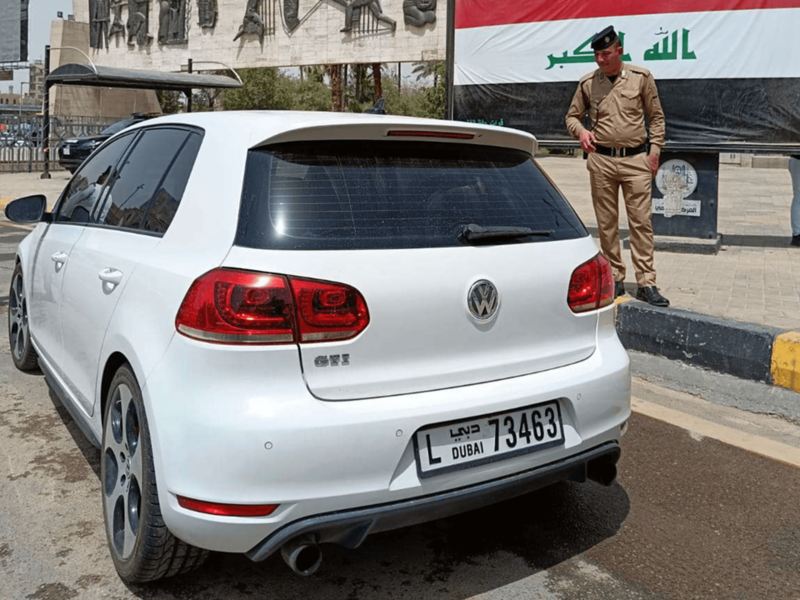 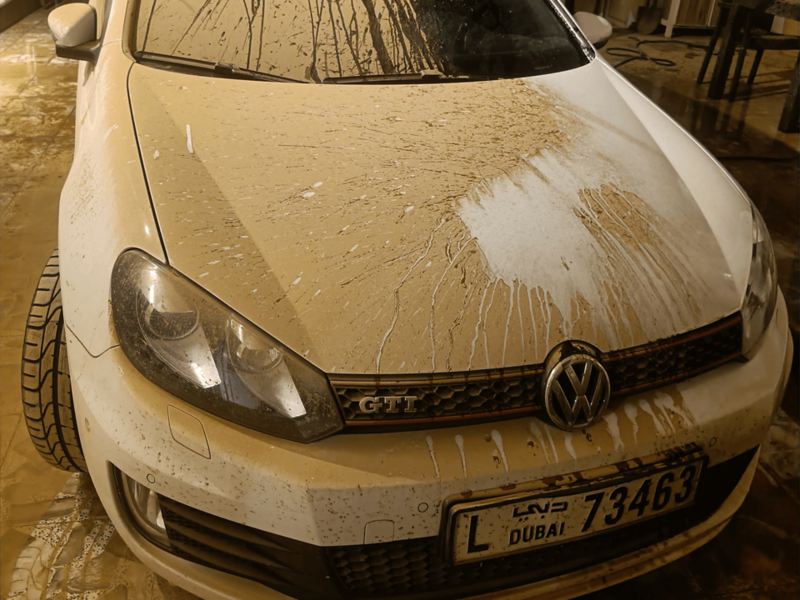 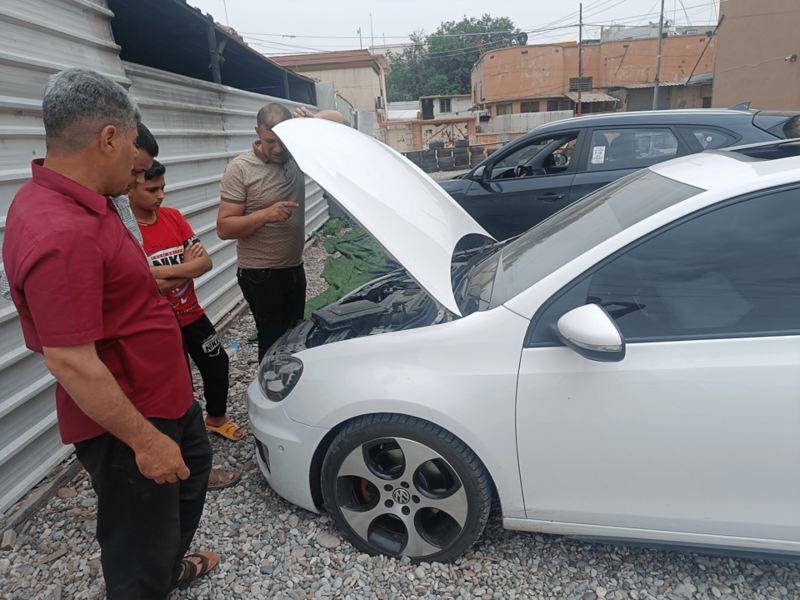 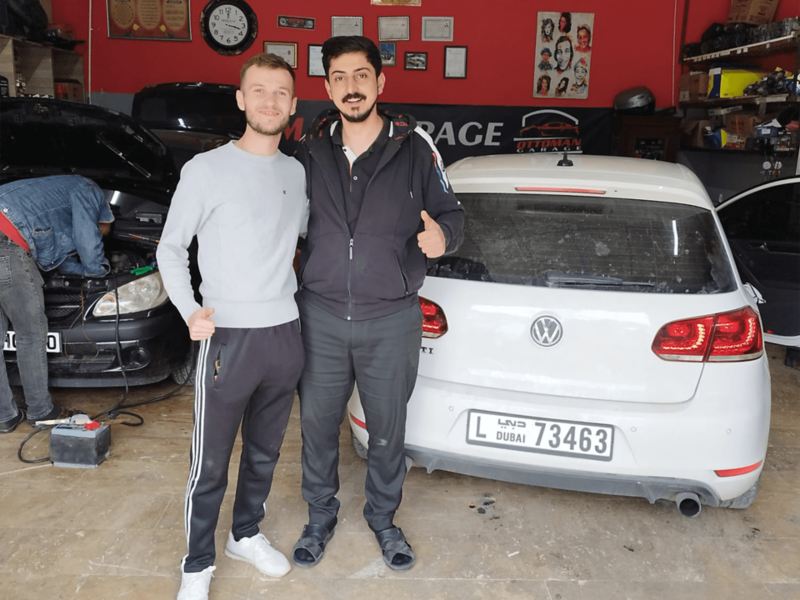 I slept the first night in Turkey in my car, close to the Syrian border, at a petrol station. When I woke up, the car couldn't start, again. I was tired and angry but I didn't have a choice and it was too late to come back to Dubai as I had already driven more than 3000km. So I asked people around if they could do anything for me. I met a taxi driver at this moment that took me with him to some mechanics and one of them accepted to come to the petrol station to check the car. This guy tried for 2 hours to fix the car. He managed to start it, telling me that it shouldn't happen again. While driving to Gaziantep, again ! All the signals appeared. I decided to stop in a garage and explained to the guy about my trip and my issues, he couldn't believe my story.

2 days later, after changing a few pieces and fixing some cables which were a little open (through which water had penetrated), the car was ready.

I didn't face any more issues during the next 4000km.

After crossing Turkey, I joined Europe, starting with Bulgaria. Surprised officers at the borders, but quite helpful and happy to hear about my story, it has been much easier to cross the border than in the previous countries. As I know most of the European countries, I didn't have a plan to stay so long in these countries so I stayed an average of one day in each of them. Moreover, I had to face strong allergies that occurred as soon as I entered Europe. At that moment, I was eager to go home.

I crossed Serbia and then Croatia, this is where someone hit my right side mirror but I was too exhausted to fix it or to look for a new garage. I kept it like that and continued my trip. Then Slovenia, Austria, Germany, and finally... I reached France. 7000km on Google Maps but 8000km with the route changes...

My parents were very surprised when they saw this car entering the garden as I didn't tell them about my trip (my father is a worried person, I prefer not to let him know about my adventures, until it's done). They asked how I brought this car from Dubai to Caen (my hometown), and so I had to tell them the story you just read.

I am still driving with the Dubai number plate, waiting to get appointments concerning the homologation of the car to make it French. My plan is to stay here until the process is done and then to come back to Dubai after summer.

I am very happy to have decided to make this trip and to have gone against the opinions of many people around me, it was one of the best experiences I could have. I hope that this trip will encourage many people to do what drives them, without worrying about external opinions. 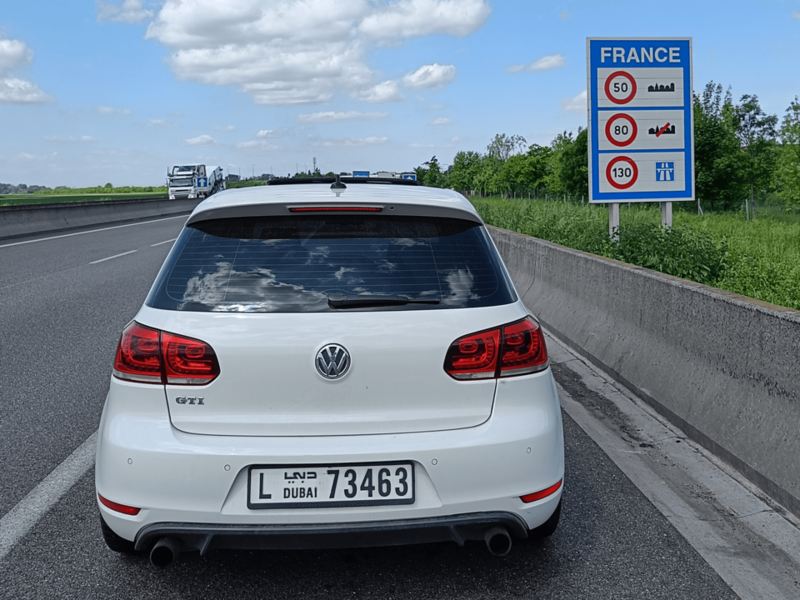